In 1966, the world renowned Quran Reciters (Qari’s) Association ‘International Quran Recitation Association (IQRA)’ was established.The main aim of establishing IQRA was to introduce the correct Quran recitation (Qira’at) in the whole Asia continent (especially in the Subcontinent). In 1966 & 1967 IQRA organized international Quran recitation conferences in East & West Pakistan where Qari’s from 17 countries attended the conferences.Following after second conference the activities of IQRA came to a halt.

The 20th International Quran Recitation Conference would take place on 24th January 2020 at Dhaka, under the auspices of IQRA, sponsored by PHP Family, in collaboration with the Islamic Foundation Bangladesh.

This year Quran recitation conference will take place at 17 locations in Bangladesh. A number of 7 (seven) Qari’s from Egypt, Iran, Thailand, Jordan, Malaysia, Turkey and Morocco including host Bangladesh will participate in the conference.

The closing ceremony of the biggest Quranic event of Thailand

The closing ceremony of the biggest Quranic event of Thailand ‘International Miladun-Nabi (SAW)’ was held on 5th April at Bangkok. The Hon. Prime Minister of Thailand, Gen. Prayut Chan-o-cha was the Chief guest of the ceremony.

Sheikh Ahmad Bin Yusuf Al-Azhari is the only one Bangladeshi Qari who participates international Qira’at conferences at several countries, who also attends conferences held at Royal Palaces of Different Kings as a Royal Guest. He is the elder son of Imamul Qurra Qari Muhammad Yusuf (Rah.), who was one of the organizers of Historical Six Point Movement and Liberation War of Bangladesh, the pioneer of correct recitation of the Holy Quran in Bangladesh. 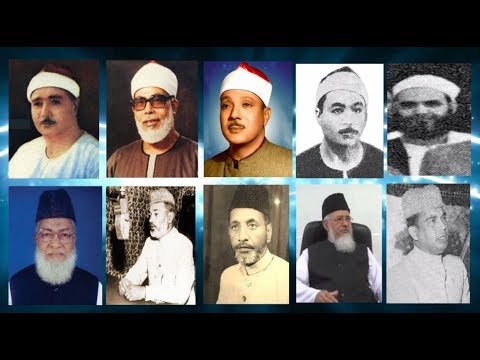